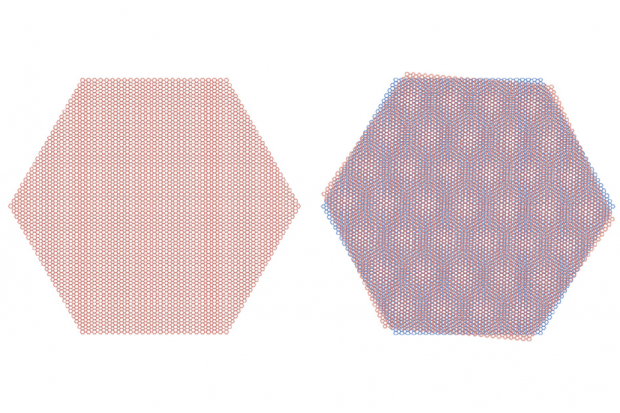 The team demonstrated the breakthrough by making electronic components out of graphene.

For all its superpowers, graphene is deceptively simple – it's a two-dimensional sheet of cross-linked carbon atoms. But that makes it an excellent conductor of electricity and heat, and it's super strong and flexible to boot.

But in 2018, an MIT team discovered a bizarre new wrinkle to the story. By stacking two layers of graphene and then twisting them to precisely 1.06 degrees off-kilter, the material became insulating – until a certain voltage was applied, at which point it suddenly switched to become superconductive.

Known as "magic angle twisted bilayer graphene," this specific form of the material was later found to exhibit a previously unseen form of magnetism, and in another study the researchers found the effects were more pronounced if more sheets were stacked up.

In the new study, the ETH Zurich researchers have shown that they can turn a single flake of this graphene into both an insulator and a superconductor at the same time, with different sections displaying different properties mere nanometers apart.

To make the graphene switch its conductivity, the team applies different voltages to different areas. In doing so, they managed to create Josephson junctions, electronic components consisting of two superconductors separated by a thin insulator. A tiny amount of the current will jump across the insulator, thanks to the quirk of quantum tunneling.