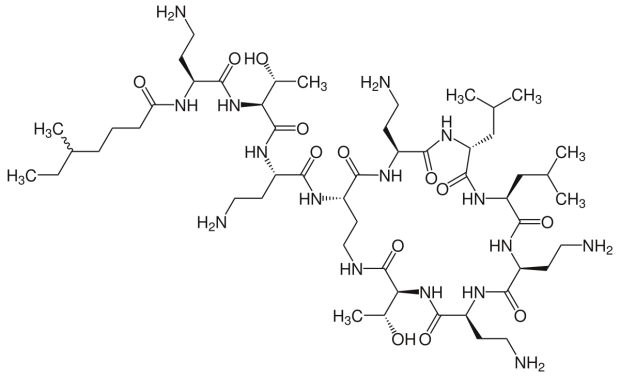 Promisingly, the scientists have also demonstrated how this approach to taking out bacteria can be supercharged by combining it with other antibiotics, potentially offering a new form of defense against deadly, drug-resistant bacteria.

The drug at the center of this study is called colistin, which was first described in 1947 and has since become a last-resort treatment for bacterial infections that have grown resistant to other medications. As one of only a handful of drugs capable of taking the fight to the deadliest of superbugs, such as E. Coli, Pseudomonas aeruginosa and Acinetobacter baumannii, colistin works by puncturing the two membranes encasing the bacteria. Though how it does this has been unclear.

Scientists knew that the drug can penetrate the outer membrane by zeroing in on a target chemical called lipopolysaccharide (LPS). The trouble was, there is very little of this chemical to be found in the inner membrane, raising questions over how colistin is able to find and punch its way through.

"It sounds obvious that colistin would damage both membranes in the same way, but it was always assumed colistin damaged the two membranes in different ways," says Imperial College London's Dr Andrew Edwards, who led the research. "There's so little LPS in the inner membrane that it just didn't seem possible, and we were very skeptical at first. However, by changing the amount of LPS in the inner membrane in the laboratory, and also by chemically modifying it, we were able to show that colistin really does puncture both bacterial skins in the same way – and that this kills the superbug."

With this new understanding of the way colistin functions, the team continued to investigate ways to enhance its bacteria-killing abilities. This involved experiments on the bacterium Pseudomonas aeruginosa, in which the scientists found that an experimental antibiotic called murepavadin could be used to drive up levels of LPS in its inner skin. This in turn enabled colistin to far more easily penetrate and kill the bug.