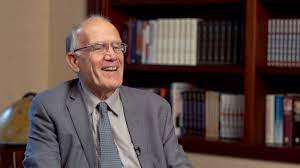 Here are 10 symptoms of Sovietism.

Ask yourself whether we are headed down this same road to perdition.

1. There was no escape from ideological indoctrination—anywhere. A job in the bureaucracy or a military assignment hinged not so much on merit, expertise, or past achievement. What mattered was loud enthusiasm for the Soviet system.

Wokeness is becoming our new Soviet-like state religion. Careerists assert that America was always and still is a systemically racist country, without ever producing proof or a sustained argument.

2. The Soviets fused their press with the government. Pravda, or "Truth," was the official megaphone of state-sanctioned lies. Journalists simply regurgitated the talking points of their Communist Party partners.

In 2017, a Harvard study found that over 90 percent of the major TV news networks' coverage of the Trump administration's first 100 days was negative.

3. The Soviet surveillance state enlisted apparatchiks and lackeys to ferret out ideological dissidents.

Recently, we learned that the Department of Defense is reviewing its rosters to spot extremist sentiments. The U.S. Postal Service recently admitted it uses tracking programs to monitor the social media postings of Americans.

CNN recently alleged that the Biden administration's Department of Homeland Security is considering partnering with private surveillance firms to get around government prohibitions on scrutinizing Americans' online activity.