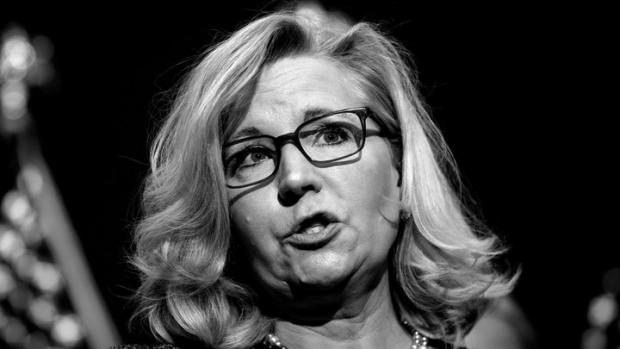 For Wyoming Republicans, booting Representative Liz Cheney from her leadership post isn't enough as internal efforts emerged to get her out of Congress altogether.

Several right-leaning polls show a majority of Wyomingites have turned on Cheney, their at-large congresswoman in the U.S. House since 2017, as their support for former President Donald Trump has only grown since he left office.

Trump, along with his allies and circle, have taken a strong interest in the race, as well.

Two people familiar with the Trump team's efforts to replace Cheney in the House told Politico he has two other preferred candidates he is trying to recruit to join the race – attorney Darin Smith, who ran for the seat in 2016 and came in fourth, and Wyoming Secretary of State Ed Buchanan.

'I think anybody who's a decent Republican is going to get behind whoever Donald Trump eventually endorses,' Smith told Politico.

'He's gonna look under every rock and look over the lay of the land, and he's going to determine who that person that he's going to get behind is.'

It's unlikely both Smith and Buchanan would enter the race, and people close to Buchanan say he is leaning against running, instead opting to keep his seat as secretary of state.

An endorsement from Trump in the race could help clarify the already crowded field, which if it gets too large could help Cheney win with a plurality.

In 2016 she won with 40 per cent of the vote against eight other candidates.