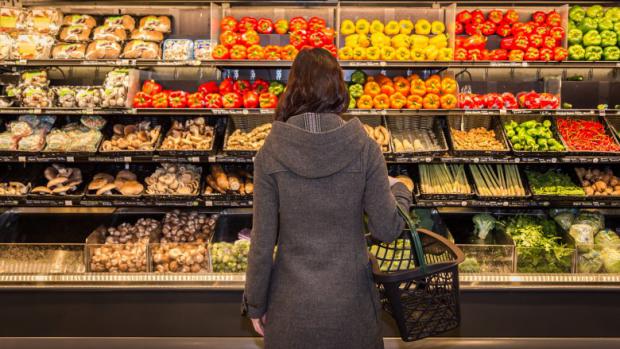 Nearly everything at the store, from beef and cereal, to fruit and veggies, costs more than it did a year ago.

Shannon Bjork, an expecting mother from Spring Lake Park, says the grocery bill in her house has raised a few eyebrows.

Looking at all consumer goods as a whole, the latest inflation data in the Consumer Price Index from the U.S. Bureau of Labor Statistics shows the largest month-to-month increase in almost nine years.

WCCO spoke with V.V. Chari, a University of Minnesota economics professor and adviser to the Federal Reserve Bank of Minneapolis.

Chari says the economy's making up for the pandemic, when prices didn't rise like they normally do. Looking at it year-to-year, inflation is only a percent or so higher than what Chari says we would expect.

"There are no indications that we will see the dramatic inflation rates that we saw in the late 70s and the early 80s, when prices went up by 10%, 12% each year," Chari said.

It's a similar story at the gas pump. Prices have jumped more than $1.20 compared to a year ago, but that was when demand was at rock bottom because so many people were at home.