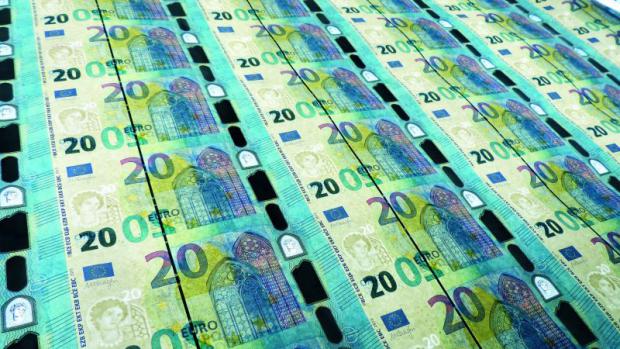 They're not even presented as projections or expectations anymore, but as a fact, as though the return to vibrant growth were already underway. Stock markets certainly seem to agree, going from record high to record high while all the political and institutional leaders congratulate themselves on a job well done.

Although this is largely the consensus in most Western economies, this jubilant, victorious mood feels most bizarre in Europe. Celebrating a recovery during a third round of total lockdowns, closed shops, travel bans, and millions out of work seems like cognitive dissonance at best, or barefaced political hypocrisy at worst. France, Italy, Germany, Austria, they've all launched yet another round of business shutdowns and heavily restricted social activities and freedom of movement. And they did that to combat what they labeled a terrible, deadly third wave of infections and hospital overcrowding. In fact, to convince the public of the dire need to go back into lockdown, they painted postapocalyptic visions of a virus-overrun nation and sounded the alarm on the imminent collapse of their public health systems. Under these extreme conditions, these existential threats, closely resembling a state of national emergency, it is really quite challenging to see how the economy might be flourishing.

One could argue that the trillions that were printed by the ECB and helicopter dropped on member states actually achieved their aim and successfully rescued and restarted the economy. However, it is still hard to fathom how injecting any amount of cash into a forcibly frozen economy can restart economic activity and jump-start productivity, given that it's still largely illegal to be economically active and productive. In other words, you can pump as much fuel as you like into your car, but if the engine is dead, you probably won't go very far.