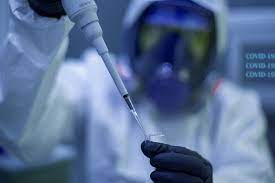 The Wuhan Institute of Virology (WIV) participated in a project, sponsored by the National Natural Science Foundation of China (NSFC)—a regime-funded scientific research institution—from 2012 to 2018. The project was comprised of a team of five military and civil experts, who conducted research at WIV labs, military labs, and other civil labs leading to "the discovery of animal pathogens [biological agents that causes disease] in wild animals."

The WIV is located in central China's Wuhan City, the COVID-19 pandemic ground zero. As an advanced virology institution, the WIV has the only P4 lab—the highest biosafety level lab—in China and the biggest repository of bat coronaviruses in Asia. The CCP (Chinese Communist Party) virus, commonly known as novel coronavirus, is "96 percent identical at the whole-genome level to a bat coronavirus," Chinese researchers wrote in a research article (pdf) published in February 2020.

In recent months, the Chinese Foreign Affairs Ministry and Shi Zhengli, the WIV virologist nicknamed "Bat Woman" for her research on coronaviruses of bat origin, denied there is a connection between the WIV and military, and said that no WIV researchers were infected with COVID-19.

However, according to an investigation conducted by the U.S. State Department, "several researchers inside the WIV became sick in autumn 2019, before the first identified case of the outbreak, with symptoms consistent with both COVID-19 and common seasonal illnesses."