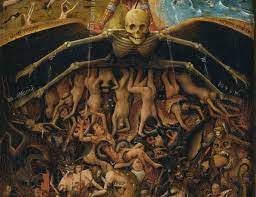 An explosive new study by researchers at the prestigious Salk Institute casts doubt on the current crop of gene-based vaccines that may pose a grave risk to public health. The article, which is titled "The novel coronavirus' spike protein plays additional key role in illness", shows that SARS-CoV-2's "distinctive 'spike' protein".."damages cells, confirming COVID-19 as a primarily vascular disease." While the paper focuses strictly on Covid-related issues, it unavoidably raises questions about the new vaccines that contain billions of spike proteins that could greatly increase the chances of severe illness or death. Here's an excerpt from the article dated April 30, 2021:

"In the new study, the researchers created a "pseudovirus" that was surrounded by SARS-CoV-2 classic crown of spike proteins, but did not contain any actual virus. Exposure to this pseudovirus resulted in damage to the lungs and arteries of an animal model—proving that the spike protein alone was enough to cause disease. Tissue samples showed inflammation in endothelial cells lining the pulmonary artery walls. (Note– "Vascular endothelial cells line the entire circulatory system, from the heart to the smallest capillaries.")

The team then replicated this process in the lab, exposing healthy endothelial cells (which line arteries) to the spike protein. They showed that the spike protein damaged the cells by binding ACE2. This binding disrupted ACE2's molecular signaling to mitochondria (organelles that generate energy for cells), causing the mitochondria to become damaged and fragmented.