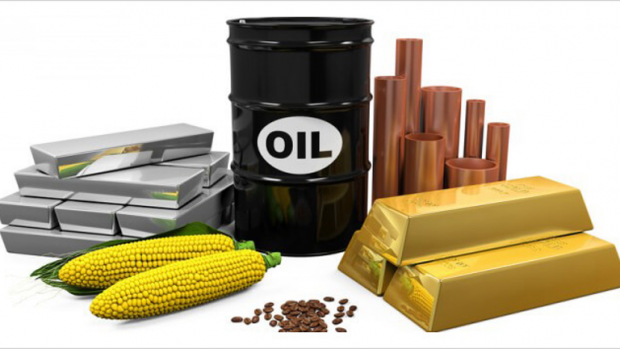 While the oil and Gold  and silver markets didn't peak until around 2011-2012, all the consumed commodities, be they industrial or consumer, were on a tear.

The 2000s commodities boom or the commodities super cycle[1] was the rise of many physical commodity prices (such as those of food, oil, metals, chemicals, fuels and the like) during the early 21st century (2000–2014),[2] following the Great Commodities Depression of the 1980s and 1990s. The boom was largely due to the rising demand from emerging markets such as the BRIC countries, particularly China during the period from 1992 to 2013,[2] as well as the result of concerns over long-term supply availability.[citation needed] There was a sharp down-turn in prices during 2008 and early 2009 as a result of the credit crunch and sovereign debt crisis, but prices began to rise as demand recovered from late 2009 to mid-2010.[citation needed]

Oil began to slip downwards after mid-2010, but peaked at $101.80 on 30 and 31 January 2011, as the Egyptian revolution of 2011 broke out, leading to concerns over both the safe use of the Suez Canal and overall security in Arabia itself. On 3 March, Libya's National Oil Corp said that output had halved due to the departure of foreign workers. As this happened, Brent Crude surged to a new high of above $116.00 a barrel as supply disruptions and potential for more unrest in the Middle East and North Africa continued to worry investors.[3] Thus the price of oil kept rising into the 2010s. The commodities supercycle peaked in 2011,[notes 1] "driven by a combination of strong demand from emerging nations and low supply growth".[1]

The 2000s commodities boom is comparable to the commodity supercycles which accompanied post–World War II economic expansion and the Second Industrial Revolution in the second half of the 19th century and early 20th century.[2]