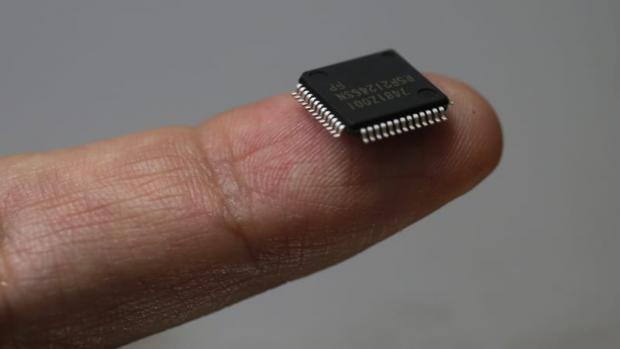 Speaking on 60 Minutes Sunday night, chief executive officer Pat Gelsinger said: "We have a couple of years until we catch up to this surging demand across every aspect of the business."

He also noted that U.S. dominance in the industry has fallen so much that only 12% of the world's semiconductor manufacturing is done in the U.S., down from 37% about 25 years ago, according to Bloomberg.

"And anybody who looks at supply chain says, 'That's a problem'. This is a big, critical industry and we want more of it on American soil: the jobs that we want in America, the control of our long-term technology future," he said.

He seems to be directing his focus more toward operations and less toward the company's stock price, stating Intel won't be "anywhere near as focused" on buying back stock as the company once was.

Mark Liu, chairman of Taiwan Semiconductor Manufacturing Co., also told 60 Minutes that the company was trying to "squeeze" out as many chips as possible: "Today, we think we are two months ahead, that we can catch up (to) the minimum requirement of our customers — by the end of June. There's a time lag. In car chips particularly, the supply chain is long and complex."

Recall, just days ago, we wrote that Morgan Stanley had also suggested the shortage could continue "well into 2022".

Adam Jonas and Joseph Moore at Morgan Stanley contend that the constraints could last into next year. Of course, both analysts see it as an opportunity to "buy the dip" (when is it not?) and bet on the longer term EV opportunity, the analysts said in a note out late last week.

"Ford's changed outlook was the first major profit warnings in auto since the worst of COVID," the analysts wrote, calling the automaker's report a "bit of a reality check" for investors who have been chasing momentum from OEMs.

Morgan Stanley's report also took note of lack of manufacturing on U.S. soil, concluding with the realization that "on-shoring and diversification of geographic supply sourcing" should be thrust into focus.