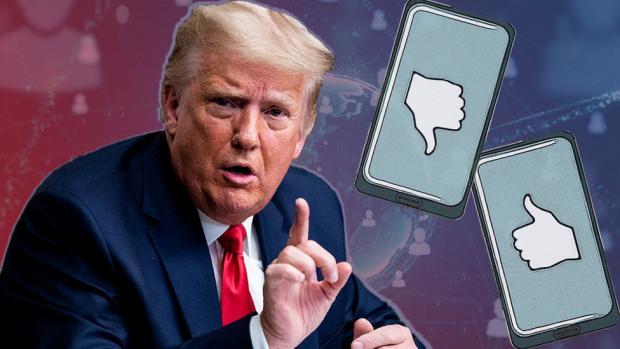 The oversight board was due to announce its decision in mid April but delayed it. On Monday, the board prolonged it further by saying it would announce it decision on Wednesday.

It comes after months of clandestine discussion over the decision and outrage over the Silicon Valley giant's censorship of conservative views and voices.

After banning Trump, the company then banned an interview he'd given to his daughter-in-law, Lara Trump, which was his first on-camera since he left office. Facebook still allowed clips of past interviews and phone interviews that he had given to appear on the pages of media outlets like Fox and CNN.

They also censored posts throughout his presidency and afterwards.

There are 20 people on Facebook's oversight board, five of whom are American. The majority are left-leaning.

The board was created last year with the first four members chosen directly by Facebook.

Those initial members then worked with the social media giant to select the others. Facebook pays the salaries of the oversight board members.