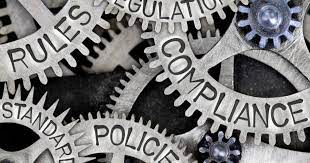 The Democrats' drive to weaken or eliminate our Right to Arms
is directly tied to a majority of the nation's difficulties.

With leftists in large-scale control of news media and electro-communication, these truths are hidden. The president sought support for these travesties in his speech to Congress and legacy media cheered. A government determined to disarm the public—incrementally or in large-scale grabs—puts our balance of power and American freedom at serious risk. The Jewish people know what an armed government and disarmed public leads to, and you do too, and it's not good.

Marxists, our mortal enemy now falsely clothed as progressives, BLM, antifa, Mothers against things and more, are determined to take control of the levers of power. They have done a good job of misleading the public and installing people, narratives and tools to defeat individual liberty and rights. If free speech were still robust, people would understand that guns are good, guns save lives, guns stop crime, police must be armed, self-defense must be sacrosanct and guns are why America is still free. America is attracting people away from intolerable tyranny worldwide, not just Central America, because we're armed, though this is media-hidden (foreign nationals from 60 countries have invaded our southern borders under the new regime). Puppets reputed to control the White House and bureaucracy have become public enemies (the deep state), as our former president observed and warned. "Hate crime" is a deceptive tyrant's tool: Crime and punishment must be based solely on harm, not thought.

14% Of Americans Own Crypto: Here Is A Profile Of The Average HODLer