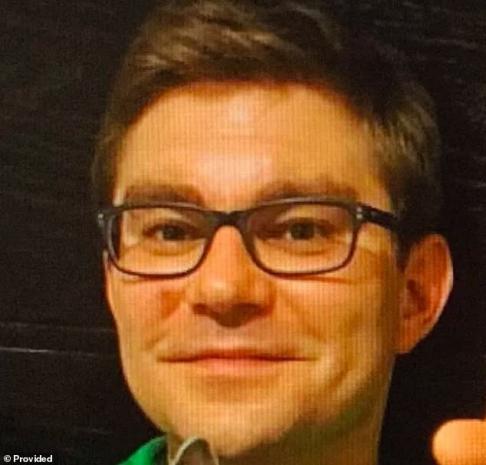 A Virginia woman, who says she was brutally assaulted by her tenant in 2011, later discovered that he was the son of one of the CIA's most valuable Russian spies after she stumbled across an investment report that listed more than $16million in assets following his arrest.

Lisa Sales recalled to Yahoo News how Dmitry Mikhaylov, a Russian immigrant attending graduate school at George Washington University School of Business, seemed to be a friendly and sociable person when she first met him nearly 10 years ago.

He had inquired about renting a space in her home and eventually the two agreed on him taking the basement for $2,000 per month.

Things appeared to go relatively well for awhile, and according to Sales' friends, she even started treating him like a younger brother.

Sales recalled how there were hints that Mikhaylov's life wasn't that of your typical graduate student.

She said he drove a flashy black Mercedes, would often buy rounds of alcohol for people when they went out and told a story about his father that made her a little suspicious.

After a few drinks, Mikhaylov reportedly told Sales that his father 'kind of an important person' who worked for 'the company', according to Yahoo. The company is a term that's sometimes used in movies and TV to reference the CIA.

Despite those initial hints, Sales brushed them off and their friendship continued as normal until the night of the attack on September 16, 2011.

Sales told the news site that Mikhaylov had been drinking heavily before the attack, which started with her dog, Halo.