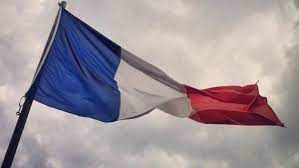 Around 1,000 servicemembers signed the letter, including 20 retired generals, warning President Emmanuel Macron of "several deadly dangers" threatening France, including "Islamism and the hordes of the banlieue," a reference to the fractured suburbs around major cities with high crime and immigrant populations.

The signatories also blame the "anti-racism" movement for seeking to create a "racial war" by attacking symbols of French cultural cohesion and identity, including statues.

The letter blames "fanatic partisans" for seeking to create divisions within communities that have created a vacuum for Islamists to assert their control.

"The hour is grave, France is in peril," states the letter, which was published on 21 April – the 60th anniversary of a failed coup d'état.

The military servicemembers warn that the treatment of the "gilets jaunes" or yellow vest protesters exemplifies how the government has used the police "as proxy agents and scapegoats" for brutal oppression.

"It is no longer the time to procrastinate, otherwise tomorrow civil war will put an end to this growing chaos and deaths – for which you will be responsible – with numbers in the thousands," the letter concludes.