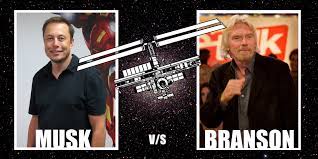 Rockets traditionally launch vertically, from the ground. Virgin Galactic does it differently; it employs an air-launch system, using a broad-winged mothership to carry its spaceship aloft, a retro configuration inspired by the experimental rocket planes of the mid-20th-century.

An hour earlier on that cold morning, Virgin Galactic's mated mothership-spaceship duo had taken off from the Mojave Air and Space Port, about 100 miles north of Los Angeles. The pair climbed to a desired altitude of around 45,000 feet. If all went according to plan, the mothership would soon drop the spaceship, whereupon two test pilots inside the spaceship would light the rocket, pull into a near-vertical ascent so their ship's trajectory approximated the shape of a hockey stick, and zoom into space.

I pointed at the contrails suddenly visible in the sky. Then, we saw the spaceship, called SpaceShipTwo, separate and a burst of fire shoot out from the rocket nozzle at the rear of the ship.

I was his age — 7 — on the morning our second-grade teacher wheeled a TV into the classroom so we could all watch the Challenger space shuttle take off. I remembered the silence that followed after the shuttle blew up, all of us turning and asking the teacher what happened. I prayed that my kids kept their eyes straight ahead.