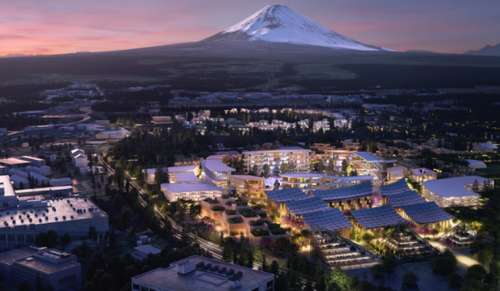 So Toyota, the world's largest automaker, is now setting its sights on building an all-autonomous city.

Toyota President Akio Toyoda kicked off the idea by gathering with Shinto priests at the base of Mount Fuji and praying for success. At an area where the company recently shuttered a factory, the automaker's focus has turned to the idea of a 175-acre community to test future technologies such as autonomous vehicles, according to Bloomberg.

Toyoda said: "It's a new chapter in our story and in our industry."

Toyota is calling it the "Woven City" and it'll be located about a 2 hour drive from Tokyo. The city will hand pick its residents and will test not only autonomous vehicles, but autonomous deliveries and mobile shops. Construction is expected to be completed in 2024.

Hiroki Kuriyama, senior vice president of Nippon Telegraph and Telephone Corp., has said that cities feeding cars information will be the "the next big leap forward" for autonomous. His company is partnering with Toyota to develop the technology needed for the city.

Kuriyama notes that sensors and cameras built into infrastructure - and possibly even data from mobile phones - will make it easier to gather data that can then be "processed via optical networks" before being fed to cars, allowing them to navigate safely.

Toyota announced this week is was buying Lyft's autonomous self-driving operations for $550 million. As a result of that deal, Toyota will take on 300 new employees and will ascertain tons of data that Lyft has already collected.