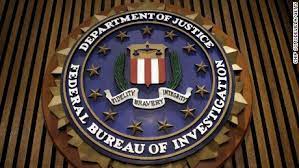 Even if you merely volunteered for the  FBI "Citizens Academy" program, the FBI may have illegally tracked all your online activity.

But the latest FBI offenses, like almost all prior FBI violations, are not a real problem, according to James Boasberg, presiding judge of the U.S. Foreign Intelligence Surveillance Court. That court, among other purposes, is supposed to safeguard Americans' constitutional right to privacy under FISA. FISA was originally enacted to create a narrow niche for foreign intelligence investigations that could be conducted without a warrant from a regular federal court. But as time passed, FISA morphed into an uncontrolled yet officially sanctioned privacy-trampling monster. FISA judges unleash the nuclear bomb of searches, authorizing the FBI "to conduct, simultaneous telephone, microphone, cell phone, e-mail and computer surveillance of the U.S. person target's home, workplace and vehicles," as well as "physical searches of the target's residence, office, vehicles, computer, safe deposit box and U.S. mails."