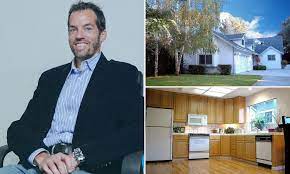 Prosecutors said Kail had accepted more than $500,000 in kickbacks - as well as stock options - in exchange for approving millions of dollars in contracts

Kail was indicted in 2018 on 19 counts of wire fraud, three counts of mail fraud, and seven counts of money laundering

A federal jury found a former Netflix executive guilty Friday of receiving lucrative stock options and more than a half-million dollars in bribes and kickbacks from tech companies to approve contracts with the streaming giant.

'We are very disappointed in the jury's verdict,' defense attorney Julia Jayne said. 'It goes to show that an innocent person can be convicted when there are so many counts stacked against them and there is a powerful corporation, Netflix, driving the investigation and prosecution.'