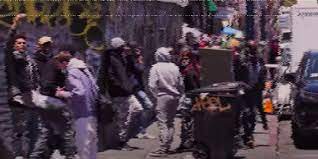 In the city's Tenderloin district, men openly hawk drugs on the street corners, desperate addicts are crumpled across the sidewalks, and first responders dart through the chaos to revive overdose victims.

The city has become a web of contradictions. There are thousands of new millionaires, and, by the latest estimates, 18,000 people in and out of homelessness. The headquarters of Uber, Twitter, and Square are blocks away from the open-air drug markets of the Tenderloin, Mid-Market, and SoMa. Wealthy families attending an art opening at the Civic Center have to cross through the tent encampments that line the sidewalks.

Residents, property owners, and small businesses—who pay an enormous premium to live and work in San Francisco—have begun to erupt in frustration. Citizens tell pollsters that homelessness is the city's most pressing issue and business owners tell pollsters that "conditions on [the] streets have progressively deteriorated."