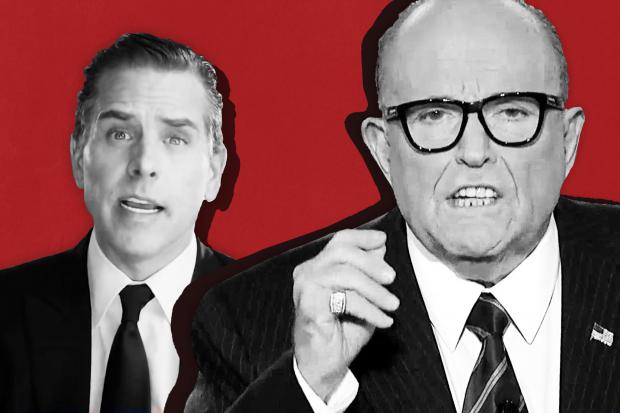 Donald Trump lawyer Rudy Giuliani has claimed he repeatedly tried to get federal agents to take the Hunter Biden hard drives in his possession when they raided his apartment, but they refused.

Appearing on Fox News' 'Tucker Carlson Tonight,' Giuliani directly addressed the bombshell story that his New York City apartment was raided by federal authorities this week. While the warrant for the search has not been made public, the investigation reportedly centers on the former mayor's dealings in Ukraine.

While complementing the agents involved in the raid as "very, very professional," Giuliani said they appeared "perturbed" when he asked them to take three hard drives allegedly belonging to Hunter Biden.

Giuliani claimed he asked them "one last time" to take them and they refused again. All electronics within Giuliani's home were covered by the subpoena, meaning they were "required" to take the harddrives, according to Giuliani.

This whole thing is a real life game, even if it is a dangerous one. --- Giuliani is an attorney, right? He should know that he belongs to the government, just like almost 100% of the people in the USA who were born here. How did government come to own you? Your mommy or daddy transferred you to their ownership when they signed your birth certificate (BC) the wrong way. The BC is a transfer of property form according to UCC rules. They should have signed it "non-assumpsit, (signature)," meaning no contract. - get your kid citizenship benefits without making your kid property of the government. Find an UCC attorney, don't tell him what you are doing, and get him to tell you the ways to change a contract done through fraud via lack of complete understanding. Then use it to change your BC contract.