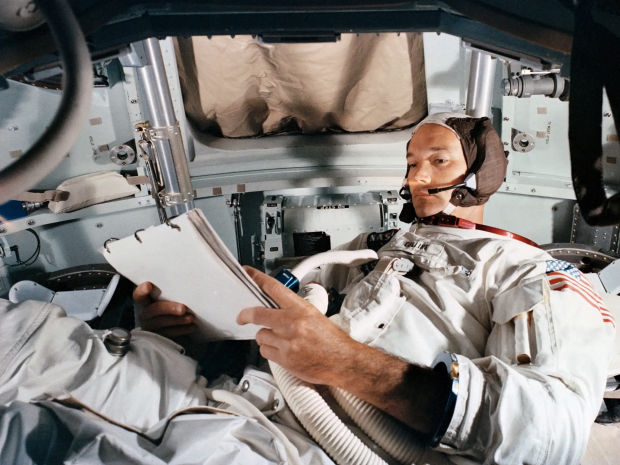 Astronaut Michael Collins, who played a critical role in the Apollo 11 moon-landing mission, has died at age 90.

Collins launched toward the moon with his fellow astronauts Neil Armstrong and Buzz Aldrin in July 1969. While his crewmates became the first people to walk on the lunar surface, Collins piloted the Command Module Columbia that would carry the three of them back to Earth.

"You cats take it easy," he told Armstrong and Aldrin as they descended to the lunar surface.

When the Command Module passed behind the moon, it cut off radio communications with NASA. Collins was totally isolated from his home planet, the farthest humans had ever traveled from Earth.

"I was the most lonesome person in the whole universe, at least according to the newspapers," Collins joked in a 2014 NASA panel. "Actually, I was so glad to get behind the moon so Mission Control would shut up."

That was when he "had some peace and quiet," Collins said. During his time on the Command Module, he performed experiments and photographed the lunar surface. In the 2019 edition of his memoir, "Carrying the Fire," Collins said that he remembers the moon, but "just barely." What really stuck was his view of our planet.