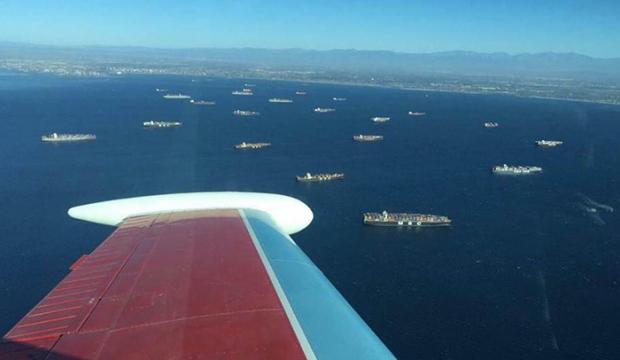 Does this mean the capacity crunch in the trans-Pacific market is finally easing? Absolutely not, warned Nerijus Poskus, vice president of global ocean at freight forwarder Flexport. "It's not getting better. It's getting worse," he told American Shipper in an interview on Monday.

"What I'm seeing is unprecedented. We are seeing a tsunami of freight," he reported.

"For the month of May, everything on the trans-Pacific is basically sold out. We had one client who needed something loaded in May that was extremely urgent and who was ready to pay $15,000 per container. I couldn't get it loaded — and we are a growing company that ships a lot of TEUs [twenty-foot equivalent units]. Price doesn't always even matter anymore."

Poskus said that trans-Pacific import volumes are still rising. He noted that January trans-Pacific imports were up 10% versus 2019 (comparisons to 2020 numbers are skewed by COVID) and 13.5% in February, then jumped 51% in March. "So, we're now at 1.5 times pre-pandemic levels."

With imports far outpacing retail sales growth, he attributed volumes to inventory restocking. "The restocking is actually affecting the trade even more than growth in demand. That tells me that this will last even longer. Let's say U.S. consumer demand slows down in Q3 and Q4. That's not expected, but even if it does, [capacity availability and rates] shouldn't improve quickly, simply because of the huge restocking demand."