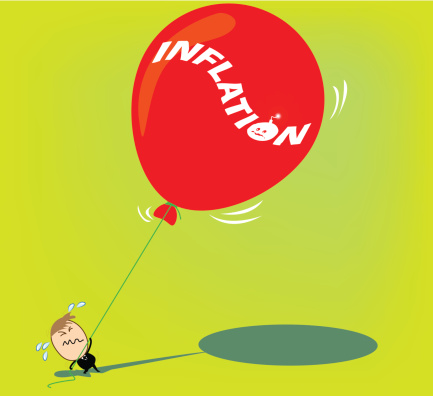 We've now hit that critical juncture when price inflation is picking up momentum quickly…. Shortly after COVID assailed the world, I began to say, especially in my Patron Posts, that we had finally entered a period where, for the first time since I've been writing this blog, I could see inflation as becoming a serious problem. Unlike many bearish types, I haven't said it will become the hyperinflation the permabears have been sure the Fed's money printing would create for years. Yet, I started saying last year, significant inflation would be something to start watching out for.

It could easily push bond interest high enough to threaten the stock market. It could put the brakes on the Fed's plans to do more stimulus down the road or derail those plans entirely by crashing stocks and bond prices simultaneously. (Higher bond interest/yields equals lower bond prices.) Inflation doesn't have to go parabolic to cause those kinds of serious problems, besides the dent it will put in your pocketbook. Even if we don't see anything like hyperinflation (often defined as 100% annual inflation or more), a return to the double-digit inflation of seventies would force interest rates up to double digits, too, just as Fed Chair Paul Volcker had to do in the eighties to tame inflation.