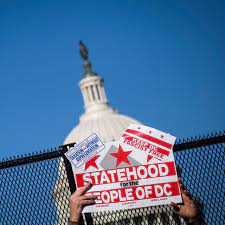 "Four. Saying that a tail is a leg doesn't make it a leg."

And Congress' saying that D.C. is a state would equally contradict truth and reality, as our nation's capital lacks all of the attributes of a 51st state of the Union.

The city was carved out of Maryland and Virginia in 1790, which voted to cede 100 square miles on the Potomac for a capital city of the United States to become the domicile of the federal government.

Is that sufficient for a state of the Union? Only if one wishes to change the character and composition of that Union.

Consider. The smallest state for 230 years has been Rhode Island. At 1,214 square miles, it is still 18 times as large as D.C. If D.C. were to become a state, it would be a microstate, smaller than every one of the 24 remaining counties of the state, Maryland, from which it was carved.