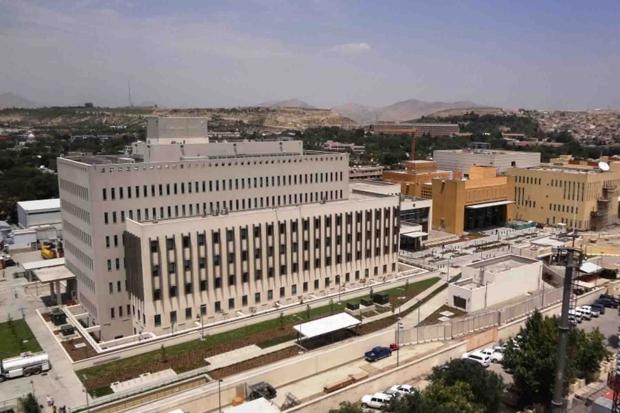 Not willing to allow the world to witness another Vietnam-style emergency helicopter departure of American diplomats from an embassy under fire, the State Department on Tuesday ordered "the departure from US Embassy Kabul of US government employees whose functions can be performed elsewhere."

The US is citing "increased threats" as the reason behind the order, leaving only essential personnel and the Marine security detachment, ahead of Biden's drawdown of troops from the country. US officials confirmed to CNN that embassy employees "whose functions can be performed elsewhere" were ordered to leave Kabul.

"By minimizing the number of employees in Afghanistan whose functions can be performed elsewhere, personnel who are urgently needed to address issues related to the drawdown of US forces and to continue the vital work we are doing in support of Afghanistan and its people will be able to remain in place," the State Department said.

Saturday May 1st was the deadline for the pullout brokered under the Trump deal with the Taliban; however, with Biden extending this to Sept.11 it has provoked Taliban outrage. Taliban spokesman have recently vowed a "nightmare" for US troops should they stay past this date.

One Taliban commander weeks ago said the Americans have "proven they can't be trusted after retreating from the May 1st deadline" and that the Taliban remains willing to "fight till the end" of the US occupation.

Acting US ambassador in Kabul Ross Wilson confirmed this week that the embassy draw down decision was made "in light of increasing violence and threat reports in Kabul."