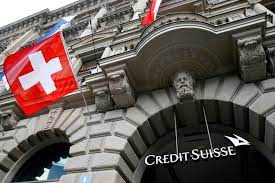 Meanwhile, Japan's Nomura revealed that its losses had climbed to $2.85 billion, though the losses straddled two fiscal years, with 245.7 billion yen (about $2.27 billion) booked in the year ending in March, and another 62 billion yen ($573.4MM) for the fiscal year that started in April. Like Morgan Stanley, UBS determined that its losses from Archegos weren't significant enough to warrant an announcement ahead of a scheduled earnings release.

That $2.3 billion in red ink helped push Nomura to its worst quarterly loss since 2009.

These latest disclosures brought the total losses from the Archegos blowup to more than $10 billion (keep in mind, this is at the high end of the range anticipated by JP Morgan analysts in a note to clients last month). This makes the Archegos blowup one of the "the worst trading incidents in finance in years," according to WSJ.

UBS CEO Ralph Hamers, who took the reins of Switzerland's biggest bank by assets in November, told analysts and reporters that he is taking the fallout from Archegos very seriously, and that the bank is reviewing its risk management controls. However, unlike its crosstown rival, Credit Suisse, UBS's investment bank still posted a strong profit. Ultimately, the Archegos losses took $434 million off net profit during the first three months of the year. UBS said that it had exited all of its Archegos positions as of April 23, and that any additional losses booked in Q2 were "immaterial". UBS added that FINMA has not issued any enforcement actions, instructions for risk reduction or capital add-ons at this point. Its total losses tied to Archegos amount to $861 million ($774 million for Q1 + $87 million for Q2).