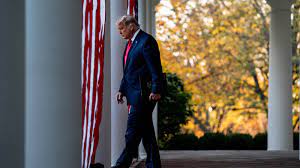 "Incredible organization and integrity taking place in Arizona with respect to the Fraudulent 2020 Presidential Election," Trump said in the statement released by Save America PAC on Monday, April 26.

Arizona's Republican-controlled Senate started a comprehensive forensic audit of the 2020 election in Maricopa on Friday, including a hand recount of all ballots. They are seeking to clarify the validity of the general election results in the state's populous county.

The electoral process carried out in Maricopa was overshadowed by suspicions of fraud, to the extent that after being sued in court, legal access was granted to the Dominion Voting System tabulation machines and the 2.1 million ballots cast by voters, according to the Senate's official website.

The Arizona Republican Party revealed that they have chosen and hired a team of independent forensic auditors for the assignment, including Wake Technology Services, CyFIR, Digital Discovery and Cyber Ninjas.