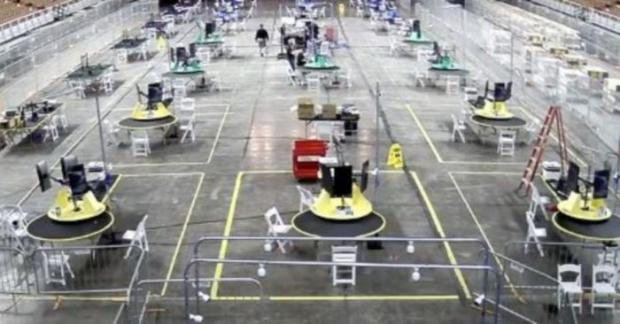 This occurred after it was learned that they were participating as patriotic democracy advocates checking for audit irregularities.

A group of volunteer law enforcement officers is helping to provide additional security during the Arizona audit. The citizens' group, the Arizona Rangers, is a registered non-profit organization that traces its origins to the 1880s.

The Rangers are a group of uniformed, armed, volunteer law enforcement officers who are called upon to assist as needed. They are usually requested by local, state, or federal authorities to participate in specific matters.

In this instance, the Rangers are helping to supplement security at Veterans Memorial Coliseum as volunteers hand-count more than two million ballots.

The PayPal firm originally functioned as their main channel of income, given that through the platform they received the total of their donations.  But suddenly, just before the vote counts began over the weekend, they stopped receiving donations without even receiving any kind of notification from the firm.

To help cover the costs of providing security during the time it takes for the manual recount, the Rangers began asking for donations through a website called GoFundMe.

Trucks carrying the voting machines arrived Wednesday, April 21, for the election audit, which will begin this Friday, the Washington Examiner reported.