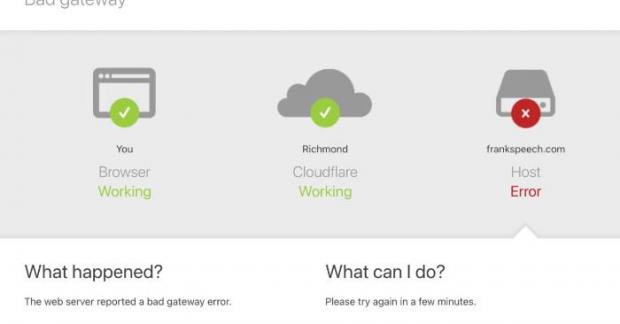 It was meant to be available to users on Monday, April 19. Yet, no one was able to register for an account with Frank.Newsweek reported that the platform experienced consecutive crashes, and the homepage was inaccessible to users.

Newsweek reported that the platform experienced consecutive crashes, and the homepage was inaccessible to users.

"Frank was attacked. It's the biggest attack in history next to the election," said Lindell in a backup live stream that extended 48 hours. He added that the cyberattacks are targeting the new platform "from all over the world."

Lindell also had some words for the failure to have Frank officially released on Telegram: "FrankSpeech.com is having a massive attack against it currently. We are working to get it up ASAP! Thank you for your patience."

FrankSpeech, according to Lindell, was born as resistant to the post-2020-election big tech censorship, which obscures U.S political intel from not only Americans but also the rest of the world. The Trumper businessman promised the platform would provide a safe place for free speech, which relies on the original founding principles of the Judeo-Christian worldview as its foundation.