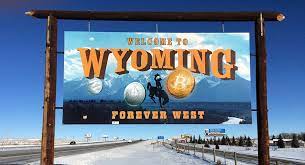 Wyoming's economy is powered by some of the oldest industries in human history, including mining, agriculture and tourism. But in recent years the state has emerged as an unlikely champion of far newer inventions: cryptocurrencies and the blockchain technology that powers them.

Now, the Cowboy State is arguably the most crypto-friendly jurisdiction in the United States, thanks to state leaders' shepherding a series of new laws.

These changes have encouraged several high-profile companies in the industry to move operations from traditional high-tech hubs like San Francisco to Wyoming's capital city of Cheyenne, including crypto exchange Kraken, blockchain platform Cardano and payment protocol firm Ripple Labs. But it has also put the state on a potential collision course with federal regulators who appear far more skeptical of the costs and benefits of blockchain technology than libertarian-leaning Wyomingites.

Wyoming State Sen. Chris Rothfuss, chairman of the chamber's blockchain committee, told MarketWatch that a desire to diversify the Wyoming economy has been a primary motivator of his state's embrace of the crypto industry.