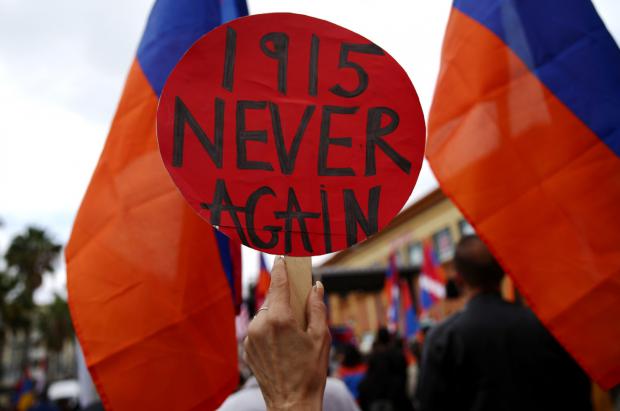 In addition to the swift condemnation from Turkey a mere minutes after the statement was out, Turkey's Foreign Ministry also asserted Biden's statement is "null and void in terms of international law" and that it "caused a wound that was difficult to repair."

Armenian-Americans in various US cities, especially Los Angeles, gathered to celebrate the US recognition of the historic genocide. Biden is the first US president to do so.

Turkey has predictably responded in a swift and fierce manner to Joe Biden's Saturday statement in recognition of the historic Armenian Genocide, becoming the first US President to do so: "Each year on this day, we remember the lives of all those who died in the Ottoman-era Armenian genocide and recommit ourselves to preventing such an atrocity from ever again occurring," Biden wrote on Armenian Genocide Remembrance Day.

"Today, as we mourn what was lost, let us also turn our eyes to the future - toward the world that we wish to build for our children. A world unstained by the daily evils of bigotry and intolerance, where human rights are respected, and where all people are able to pursue their lives in dignity and security," Biden continued. "Let us renew our shared resolve to prevent future atrocities from occurring anywhere in the world. And let us pursue healing and reconciliation for all the people of the world."

We strongly reject and condemn @POTUS's unfounded statement on the events of 1915. Politicizing history is never a rational and moral act. It is a pity that the US has succumbed to an interest group at the expense of distorting historical facts and alienating a NATO ally.