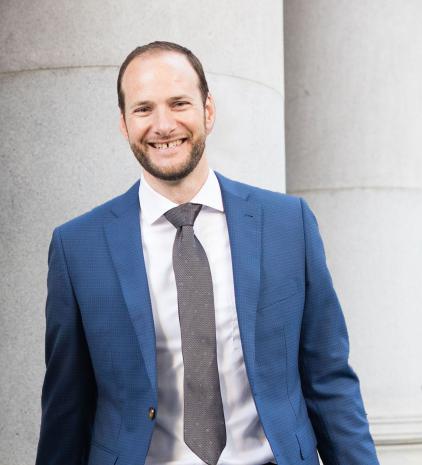 Boudin was backed by billionaire left-wing donor George Soros in his 2019 election race — one of several left-wing prosecutors Soros has funded in a bid to overturn criminal justice in the U.S., long before the George Floyd case.

In addition, Boudin is also the son of two members of the Weather Underground, regarded by the FBI as a domestic terrorist organization. As Breitbart News has noted, Boudin's parents "were getaway drivers in a 1981 armored car heist that led to the deaths of two police officers and a guard, the UK Guardian recalled." After taking office, Boudin began cutting prosecutors and dropping charges in serious cases, notably one in which a man allegedly attacked police officers with a vodka bottle.

According to the San Francisco Chronicle, women's advocates are alarmed by Boudin's tendency to release domestic violence offenders — including a man who was arrested on suspicion of killing a seven-month old baby, and was released:

The news itself was crushing. A 7-month-old baby boy named Synciere Williams died Tuesday. The man charged with taking care of him that day, Joseph Williams, 26, was booked by police for allegedly murdering the child. And, it turned out, he'd been arrested twice recently on suspicion of felony domestic violence, in January and March, before being released without charges.

But when Kathy Black, the executive director of La Casa de las Madres, a shelter for domestic violence victims in the city, read how District Attorney Chesa Boudin's office had explained the tragedy, she felt even more devastated. His spokesperson said the woman in the previous cases had refused to cooperate with prosecutors, so he couldn't file charges.