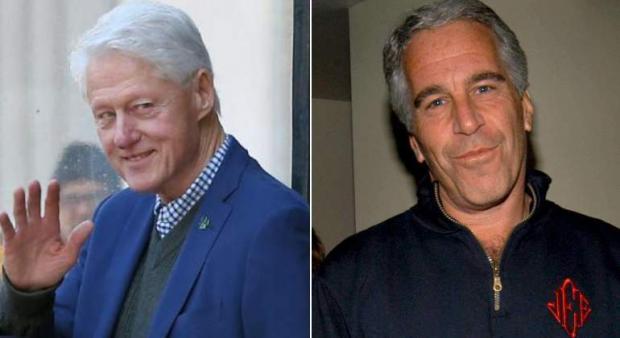 Jeffrey Epstein and Ghislaine Maxwell grinning with Bill Clinton during a VIP tour of the White House has been revealed in new photos.

The paedophile is seen smiling and shaking hands with the president as Maxwell looks on during the visit in September 1993.

The pair were VIP guests of Clinton and they toured his residence and the East Room during a lavish reception for donors.

Epstein had donated £7,820 for the refurbishment of the Oval Office and was rewarded with the White House bash hosted by Clinton and his wife Hillary.

The financier was convicted for the first time in 2008 for procuring a girl under 18 for prostitution after an investigation which was launched in 2005.

The Clinton administration would not have been aware of any criminality at the time of their White House meetings.

Maxwell and Epstein befriended Clinton and took him on a tour in the billionaire's 'Lolita Express' jet after the politician left the White House.

They were believed to have been invited to the White House three times during Clinton's presidency according to The Daily Beast.

The 1993 party was held for people who contributed towards the £290,000 Oval Office renovation via the White House Historical Association.