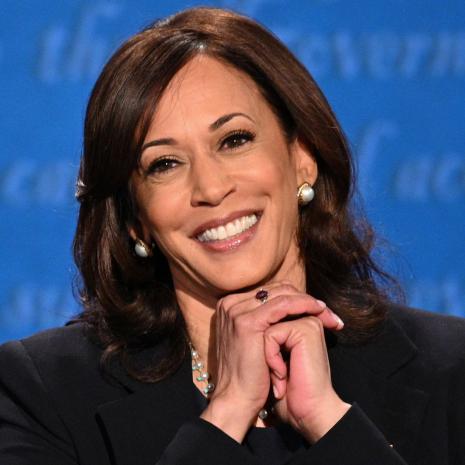 When asked on CNN's "State of the Union" why her and Biden weren't doing more on gun control, Harris pushed back, noting Biden has already issued executive orders on "ghost guns."

"We actually, as an administration, have taken action. The president issued executive orders, for example, on ghost guns, and there is only so much, however, that a president can do through executive action," Harris told host Dana Bash.

"This president, Joe Biden, has a long-standing history of speaking very clearly and unambiguously about the need for smart gun safety laws, back from the time that he was in the Senate through today. But I guess that emphasizes the point that both he when he was in the Senate when I was in the Senate, same thing, we were pushing for legislation. Congress has to act. Because we have to codify, that's a fancy word for make permanent, make the law, that we agree."

Harris then evoked the Sandy Hook shooting as justification for banning "assault weapons."

"We should have background checks. That's just reasonable gun safety laws. We should have an assault weapons ban. Assault weapons have been designed to kill a lot of people quickly. They are weapons of war, and Congress has to account, Dana," Harris said.