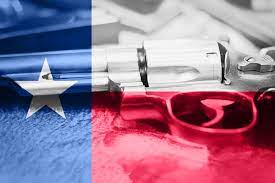 The bill passed 87-58, with all 83 Republicans but three in the House voting in favor of the legislation, reports the Western Journal.

As customary for the speaker, Dade Phelan reported: "present but not voting." Rep. Angie Chen Button of Richardson was also present but did not vote, and Rep. Morgan Meyer of Dallas was the only GOP member to vote against the bill.

This bill would allow Texan people to carry a gun without a permit unless they are prohibited from possessing a weapon by the state or federal government.

State Rep. Matt Schaefer (R-Tyler), the bill's author, and other Republicans have dubbed it "constitutional carry" and "common-sense legislation." He said: "Law-abiding citizens need the ability to protect themselves and their families."