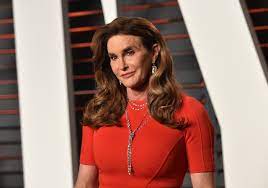 Jenner announced her campaign on Instagram on Friday morning

Jenner is a registered Republican; she voted for Trump in 2016 but not in 2020

Jenner made her name as Bruce, a gold-medal winning Olympic decathlete

After splitting from Kris Jenner, she announced she was transgender in 2015

In her announcement, she slammed Newsom for an 'over restrictive' COVID lockdown which she said destroyed businesses and kids' education