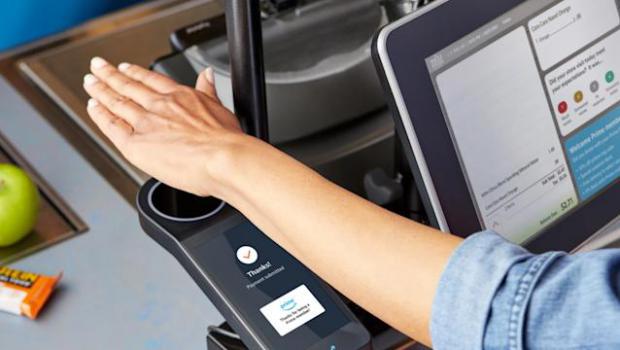 Amazon's contactless payments are making a significant expansion to Whole Foods Market stores, the company announced in a blog post. Amazon One lets you link a card to your palm print, then pay for goods simply by hovering your hand over the reader device. So far, it has been limited to Amazon Go, Amazon Books and other smaller stores. However, Amazon has now installed it at a Seattle Whole Foods Market and plans to expand to seven others in the area.

Amazon has been trying a lot of retail experiments, including the Dash Cart that automatically scans products to let you avoid the checkout line, and Just Walk Out tech at Amazon Go. Introduced in September 2020, Amazon One has expanded fairly quickly. Amazon said customer feedback has been "great" thanks to the payment speed and ease of enrolling your palm, along with the touchless nature.

Amazon plans to expand the service further and even offer it to third-party retailers. Right now, it's available at the Whole Foods Market store at Madison Broadway in Seattle, and will expand to additional Whole Foods stores in West Seattle, Interbay, Westlake, Kirkland, Lynwood, Roosevelt Square and Redmond "over the coming months."