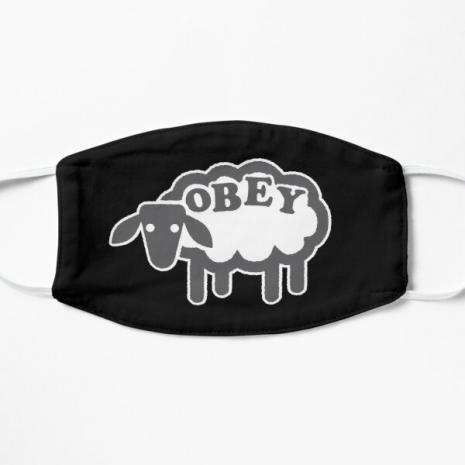 A full year after the initial roll-out of the utterly horrifying and completely fictional photos of people dropping dead in the streets, the projected 3.4% death rate, and all the rest of the official propaganda, despite the absence of any actual scientific evidence of an apocalyptic plague (and the abundance of evidence to the contrary), millions of people continue to behave like members of an enormous death cult, walking around in public with medical-looking masks, robotically repeating vacuous platitudes, torturing children, the elderly, the disabled, demanding that everyone submit to being injected with dangerous experimental "vaccines," and just generally acting delusional and psychotic.

To understand this, one needs to understand how cults control the minds of their members, because totalitarian ideological movements operate more or less the same way, just on a much larger, societal scale. There is a wealth of research and knowledge on this subject (I mentioned Robert J. Lifton in my earlier essay), but, to keep things simple, I'll just use Margaret Singer's "Six Conditions of Mind Control" from her 1995 book, Cults in Our Midst, as a lens to view the Covidian Cult through. (The italics are Singer. The commentary is mine.)