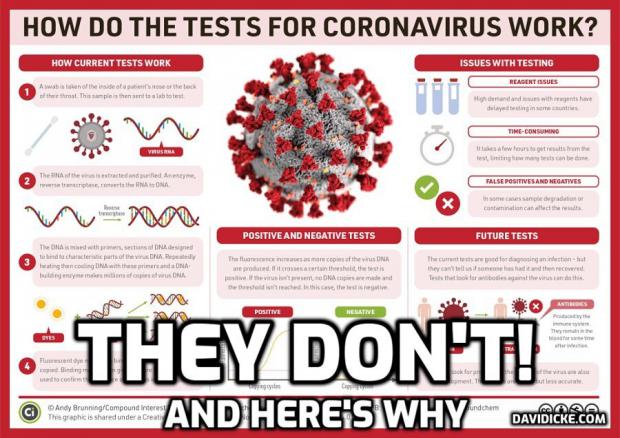 For much of the past year you'd wake up, flip on the TV to see some grave-looking morning anchor pause from traffic and weather numbers to spew out frightening statistics from the Covid-19 pandemic. The scary stats from Canada's Health® bureaucracy, repeated without comment, invariably showed increasing numbers of positive "cases".

Then the sports reporter would tell you which events were cancelled or which athletes quarantined based on PCR testing imposed by leagues or Tours. Forget that a positive is not a case until the person enters the hospital system. "This is the Narrative we've chosen, and we're rocking it till the end".

For the Media Party, the juggernaut of sickness was a political weapon against their favourite targets— Ford, Donald Trump, Jason Kenney. So the TV producers would include a clip from an outraged MSNBC critic eager to score bonus points by saying Trump's Nazi sympathies have caused Covid.

As we have written here and here and here and here the numbers doled out for your consumption were wildly exaggerated and cynically employed to scare a public skeptical of authorities who'd screwed up the virus' arrival. Based on the PCR 40-cycle tests, they mixed truly serious infections in with hundreds of thousands of false positives from people who could neither get sick nor spread the virus.