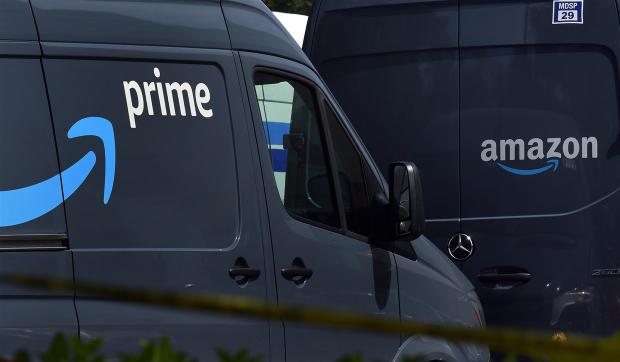 The NextDoor user, who goes by the nickname "L.W.," wrote a post that said, "On Driggs Ave near the corner of Russell, I saw a man loading up barricades into an Amazon truck. He would pause when a car would go by, closing the doors and then resume when no one was around."

L.W. continued: "I called down from my window asking him what he was doing and he replied that the city told him to bring them back. I then asked (ridiculous of course, but putting him on the spot) if Amazon worked for the city. He mumbled something to the effect of yes. I started filming again after that exchange, and when he saw this, he cursed me out before driving away with the barricades."

Motherboard reached out to Amazon about the video and gave a rather interesting statement.

Amazon spokesperson Jenna Hilzenrath said, "the vehicle in the video is a counterfeit vehicle and we're actively working with the NYPD as they investigate the incident."

Hilzenrath added the person in the video driving the counterfeit van is not an Amazon employee. The spokesperson would not reveal how they knew the van was fake and or if the person spotted in the video wasn't an employee.

The New York City Police Department told Motherboard that "the investigation is active and ongoing." No other questions were answered.