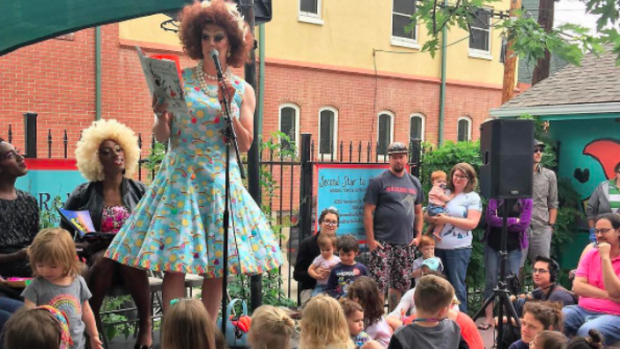 The video then shows two young blonde girls being made by a drag queen to perform poses to music as they collect money from the attendees.

"Look at this shit! They're fucking throwing money at these little girls, got 'em picking up fucking money off the floor like they're fucking strippers and shit," remarks the woman.

Respondents to the video were similarly repulsed.

"11.40pm. People giving money to children. This is insane," added another.

This is by no means the only instance of children being exposed to sexualized drag queen shows in late night clubs.

In 2019, so-called 'drag queen kid' Desmond is Amazing performed on stage at a gay club in New York while patrons tossed money at the then 12-year-old boy.

A video posted to Tik Tok in February last year showed a drag queen dancing suggestively in front of a girl no older than 6 as adults in the room applauded and cheered.