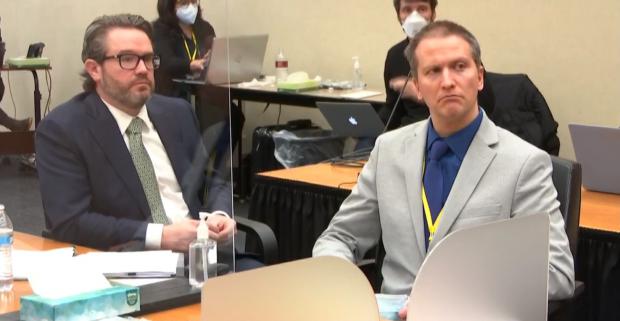 Below is my column in the Hill on two issues that arose on the final day of the trial of Derek Chauvin that could now feature prominently in any appeal. There will likely be an array of conventional appellate issues from the elements of the murder counts to the sufficiency of the evidence. Obviously, any appeal will wait until after sentencing, which will take many weeks. However, two issues were highlighted on the final day which could play a role in the appeal.

The first on the denial of a venue change and the sequestering of the jury is very difficult make work on appeal. However, there are strong arguments to be made in this case.  I believe Judge Cahill should have granted the venue change and also sequestered this jury. It is not clear if the court polled the jury on trial coverage, particularly after the inflammatory remarks of Rep. Maxine Waters (D., Cal.). However, there are credible grounds for challenging how this jury may have been influenced by the saturation of coverage of the trial as well as rioting in the area.

The final day of the Derek Chauvin trial in Minneapolis seemed at times to be a remake of the 1981 neo-noir film, "True Confessions." Call it "True Concessions." Judge Peter Cahill acknowledged that Rep. Maxine Waters (D-Calif.) may have given the defense a basis to overturn any conviction, while prosecutors seemed to drive a stake through the heart of their cases against three other officers charged in the death of George Floyd.

And it all played out on live television.

Damage Below the Waters Line

Rep. Waters ignited a firestorm of controversy by flying to Minnesota to tell protesters to remain in the streets and fight for "justice," to be "more confrontational," despite days of rioting, looting and other violence. She said no verdict in the Chauvin trial would be accepted except a conviction for first-degree murder — a demand that might be a tad difficult to satisfy since Chauvin is not charged with first-degree murder. All of this as the jury literally headed off to deliberate.