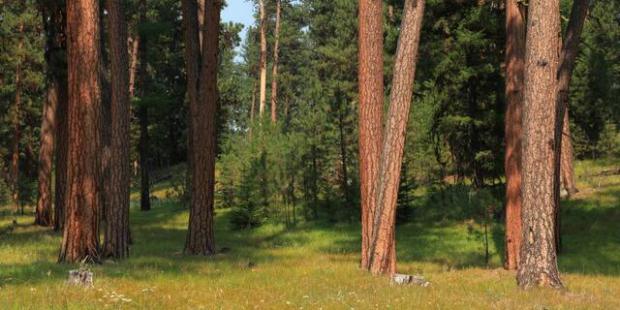 Perhaps the smell of pine.

Or a wooded trail by a babbling brook.

Or maybe even Christmas.

However, for one member of the Board of Education in Portland, Oregon, the first thing that comes to mind is racism.

And that's why Portland's school board was unable to approve the evergreen tree as its new high school mascot earlier this month.

The fight for social justice is nothing new for this particular school. It used to be named Woodrow Wilson High School, after the 20th century US president.

But after last summer's mostly peaceful protests, the school changed its name to Ida B. Wells-Barnett High School, after a black journalist from the early 1900s who wrote extensively about civil rights, racial violence, and women's suffrage.

Now that the school name has changed, the high school decided it should also update its mascot - from a Trojan warrior to something more fitting.

The student and staff committee chose an evergreen tree, because, as one teacher described it:

"Evergreens are characterized by the life-giving force of their foliage, the strength of their massive trunk, and the depth of their roots—in an individual tree and as a forest of trees. They provide shelter and sustenance. They have histories that preclude us and will continue in perpetuity after we are no more."

But one member of the Board of Education disagreed, finding racism in the evergreen tree.

Her reasoning is that, because trees were used to hang black people during lynchings, then the tree itself may be a symbol of racism.