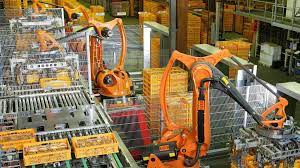 For though we walk in the flesh, we do not war after the flesh:

For the weapons of our warfare are not carnal, but mighty through God to the pulling down of strong holds;

Casting down imaginations, and every high thing that exalteth itself against the knowledge of God, and bringing into captivity every thought to the obedience of Christ

Genocide or Slavery? What do the elites plan for us? In the next several installments, we will address possible competing visions for the Great Reset's technocratic coup against constitutional republican norms.

While the corporate elites of the banking institutes centered around the IMF, World Bank, Bank for International Settlements, and voiced through the World Economic Forum have a particular vision for the society they want to shape, they do not do so in a vacuum. Rather, they themselves are both shaped and severely limited by the paradigm from which they emerged, and the combined ecosphere of social views within which they swim.