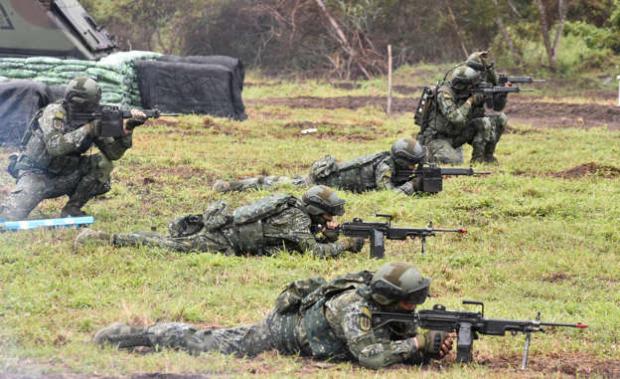 During a hearing in Taiwan's legislature on Monday, Defense Minister Chiu Kuo-cheng told lawmakers that policy planners hope to expand the country's reservists by integrating volunteers from local Buddhist and Taoist temples.

He made the comments while defending the government's plan to establish a comprehensive new reserve mobilization agency, which will oversee the continued reform of Taiwan's reserve force—often described as insufficient in number and inadequately trained.

A widening of the current call-up pool, which only includes volunteer police and firefighters, will require amendments to the country's Civil Defense Act.

Chu Sen-tsuen, an official with the ministry's mobilization office, explained that the latest plans were a response to "the increased enemy threat faced by Taiwan."

The integration will include community leaders and members of non-governmental organizations, churches and temples, he said on Tuesday, adding that these groups already play a key role during major emergencies by assisting in disaster relief or providing food and shelter.