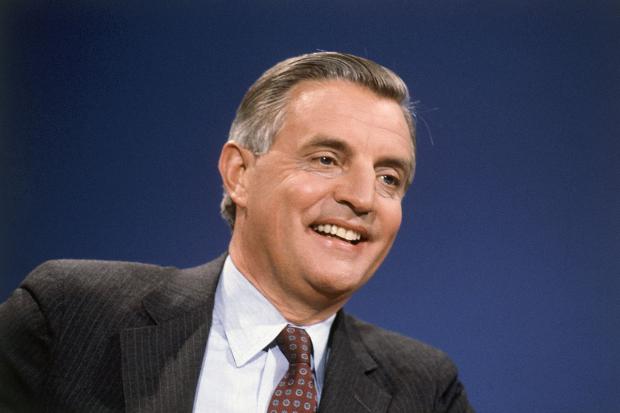 It's not hard to know what images we'll be seeing this week of Walter Mondale, who died Monday at age 93. There's the one-punch knockout of Gary Hart in a 1984 Democratic primary debate, when he said of Hart's "New ideas" campaign, "Where's the beef?"; the blue-ribbon-for-honesty line from his speech accepting the presidential nomination ("Mr. Reagan will raise your taxes and so will I. He won't tell you; I just did"); the rueful laugh when Reagan parried questions about his age by pleading not to use for political gain "my opponent's youth and inexperience." He later said he knew at that moment that he had no chance to win, and indeed he didn't: His 49-state loss would become another, more painful point of fame.

Take a step back from this inevitable headline reel, and a more substantive portrait emerges. Mondale was the amiable, agreeable embodiment of a Democratic Party whose 50-year-old foundations were withering away, and who would be the last of his kind to win his party's nomination.

Mondale's steady rise to political power was something out of a Garrison Keillor tale without the darkness. Born in the town of Ceylon, ("The Biggest Little Small Town in Minnesota"), graduate of the state's university and law school (the latter thanks to the GI Bill of Rights), he didn't so much ascend the greasy pole of politics as he was elevated by the kindness of others. Every position he attained was by appointment: attorney general at 32, senator (to replace Hubert Humphrey) at 36, picked as vice president on the 1976 presidential ticket by Georgia's Jimmy Carter for geographical and political balance. By 1984, he was the presumptive nominee of his party long before the campaign began.

The Great RESET Is Happening, People Own Nothing And Liberals Are Happy About It