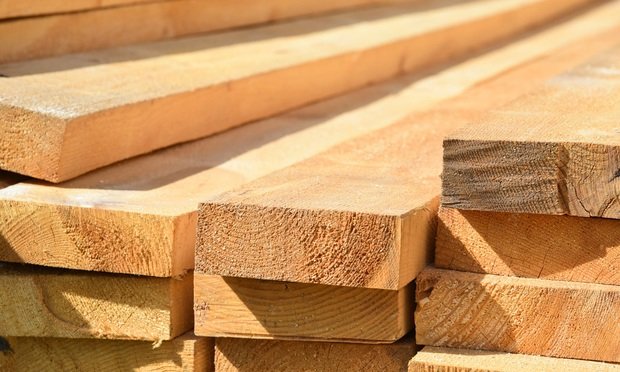 Since then the lumber buying frenzy has gotten even more out of control, with prices surging another 12%, and as Bloomberg's Aoyon Ashraf points out, "lumber hasn't had a down day since March 26 and keeps hitting all-time highs with few signs of stopping." In an amusing comparison, Ashraf also notes that while Lumber futures have climber a staggering 58% in just the past month since bottoming on March 16, "Bitcoin has fallen 3% and S&P 500 returned only 5% over this period" (of course, any comparison that is not goalseeked and stretches further beyond just a few weeks will show bitcoin trouncing lumber, but we get the idea).

Ashraf then echoes what we said last week, namely that "the reason for lumber's meteoric rise is simple: low supply and surging demand. Slow ramp-ups at sawmills, trucking delays and worker shortages all are feeding into it." The Bloomberg reporter than boldly suggests that going long lumber is a safer choice than bitcoin:

Meanwhile, with opaque assets such as Bitcoin, it's quite a bit harder to explain why it moves the way it does. This makes lumber a relatively safer choice.

Well, maybe not for those who have been long bitcoin since 2015 but in any event it is true that lumber is at the forefront of reflating assets, and what makes it especially problematic is that one can't build houses without lumber. Hence: even higher home prices.

As WIS10 News reports, leaders with the Building Industry Association of Central South Carolina and Central Carolina Realtors Association say the rising price of that material plays into the rising cost of homes, which have already soared at the highest pace since Feb 2006 (according to the Case Shiller National Home Price Index).