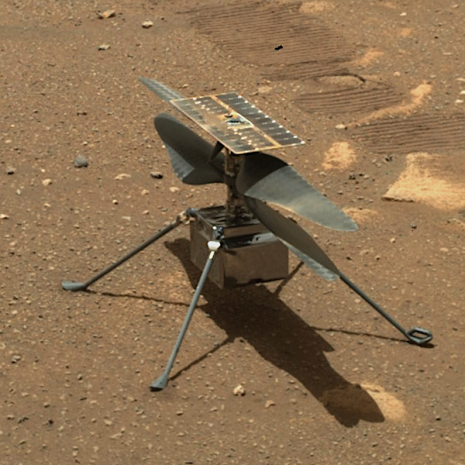 By early Monday morning, history was made and would make the Wright brothers proud as Ingenuity lifted off on the Red Planet.

JPL tweeted Ingenuity "made history today by being the first craft to achieve controlled, powered flight on a planet beyond Earth."

During today's historic ascent, JPL released the first photo from the flight.

NASA's rover Perseverance tweeted a short GIF of Ingenuity's flight. Throughout the day, more images and pictures will be released.

"We can now say we've flown a rotorcraft on another planet," MiMi Aung, NASA's Ingenuity program manager, told her team earlier this morning in the flight control room. "We together flew on Mars. We together have our Wright brothers moment."

She added that "We don't know from history what Orville and Wilbur [Wright] did after their first successful flight. But I imagine the two brothers hugged each other. Well, you know, I'm hugging you virtually."