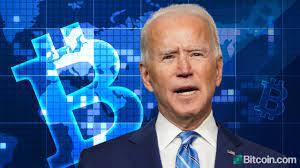 The Biden administration is reportedly developing a regulatory framework for the cryptocurrency markets. The new chairman of the U.S. Securities and Exchange Commission (SEC), Gary Gensler, is waiting for direction from the Treasury to establish cryptocurrency regulation.

Fox Business' Charlie Gasparino reported Monday that the Biden administration is in what's been described to him by people close to them as "the early stages of developing a regulatory approach to the crypto markets." He noted that the number one priority is infrastructure, followed by taxes.

Another area, which he said is being debated within the Biden administration, concerns crypto regulations by the SEC. Last week, MIT crypto professor Gary Gensler was confirmed to lead the commission. He previously served as the chairman of the Commodity Futures Trading Commission (CFTC). Gasparino explained:

SEC Chair Gensler is waiting for some direction from the Treasury for the overall policy of cryptocurrency regulations before he develops a specific regulatory approach for crypto which will likely be the types of enforcement actions he goes after.

He added that Treasury Secretary Janet Yellen is leading the U.S. government's crypto regulatory efforts and Deputy Secretary of the Treasury Wally Adeyemo is the point man on crypto at the Treasury Department.