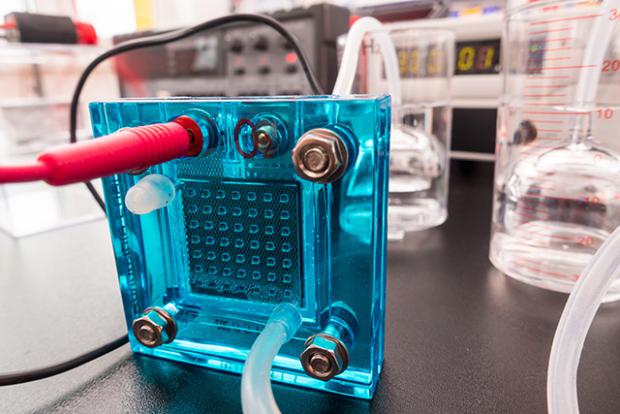 Fuel cells use hydrogen – the most abundant element in the universe – to produce clean and efficient electricity to power cars, trucks, buses and ships, as well as even homes and businesses. Hydrogen is considered the cleanest fuel of all, as burning it only produces water.

The same goes for the electrochemical process inside fuel cells, where hydrogen and oxygen are combined to form water, producing electricity in the process.

But hydrogen is also highly flammable. It has a lower ignition energy than gasoline or natural gas, which means it can ignite quite easily. As such, handling it can be quite dangerous, and developing means of doing so in a manner that's safe for the average consumer has been one of the biggest challenges facing fuel cell technology.

Methanol is much more efficient than hydrogen alone

In their analysis, the Energy Industry Review outlines the many advantages of methanol as a hydrogen carrier. Not only is this alcohol less flammable than hydrogen, but it also packs more of hydrogen than even liquified hydrogen.

The analysis also points out that methanol can simply be "reformed" at an on-site fueling station to generate more hydrogen. In addition, fuel cell electric vehicles (FCEV) such as cars and buses can also use onboard reformer technology.

Could We Harness The Tremendous Power Of Deep-Ocean Volcanoes?